You may have heard the saying about getting four seasons in one day in Hobart? Well, it is very often true! So make sure you pack for any kind of weather... (erring on the side of caution ie jumpers, jackets, beanies and scarves - you can always take them off when the sun appears)

The Australian Bureau of Meteorology website is usually the best guide for what to expect: http://www.bom.gov.au/tas/forecasts/bellerive.shtml

Summer (December – February)
During summer in Hobart, average temperatures range from 11.5 - 21°C (52.7 - 69.8°F). The months of January and February are also the driest, and beaches are warm enough to swim.

Winter (June – August)
During winter the island feels the southerly winds from the Antarctic and experiences some of Australia's coolest temperatures. Mount Wellington is dotted with snow and average daily temperatures range from 5 - 12.3°C (41 - 54.1°F). Overnight temperatures can drop as low as 3°C (37.4°F).

MORE ABOUT THE WEATHER IN HOBART

Does it snow during winter in Hobart?
Snow rarely settles at sea level, however Mount Wellington in Hobart experiences sporadic snowfall during the winter months, and occasionally through autumn and spring. Skiers and snowboarders can get their thrills in the Mount Field National Park, a 90-minute drive from Hobart.

How should I dress for winter in Hobart?
Winter days are usually clear and crisp, and indoors, many restaurants and bars are heated with an open fire. Pack a warm, rainproof jacket and dress in layers.

How should I dress for summer in Hobart?
During the day light clothing is enough, however the temperature can drop in the evenings so bring a light jacket so you can stay comfortable.

What is the Ultraviolet (UV) Index Forecast?
Visitors to Hobart should look out for the UV index in local weather reports, which describes the daily solar UV radiation intensity. Protect yourself from sunburn by using SPF30+ sunscreen, which is readily available throughout Australia at supermarkets, convenience stores and pharmacies, and wearing sun-smart clothing, including a hat and sunglasses. 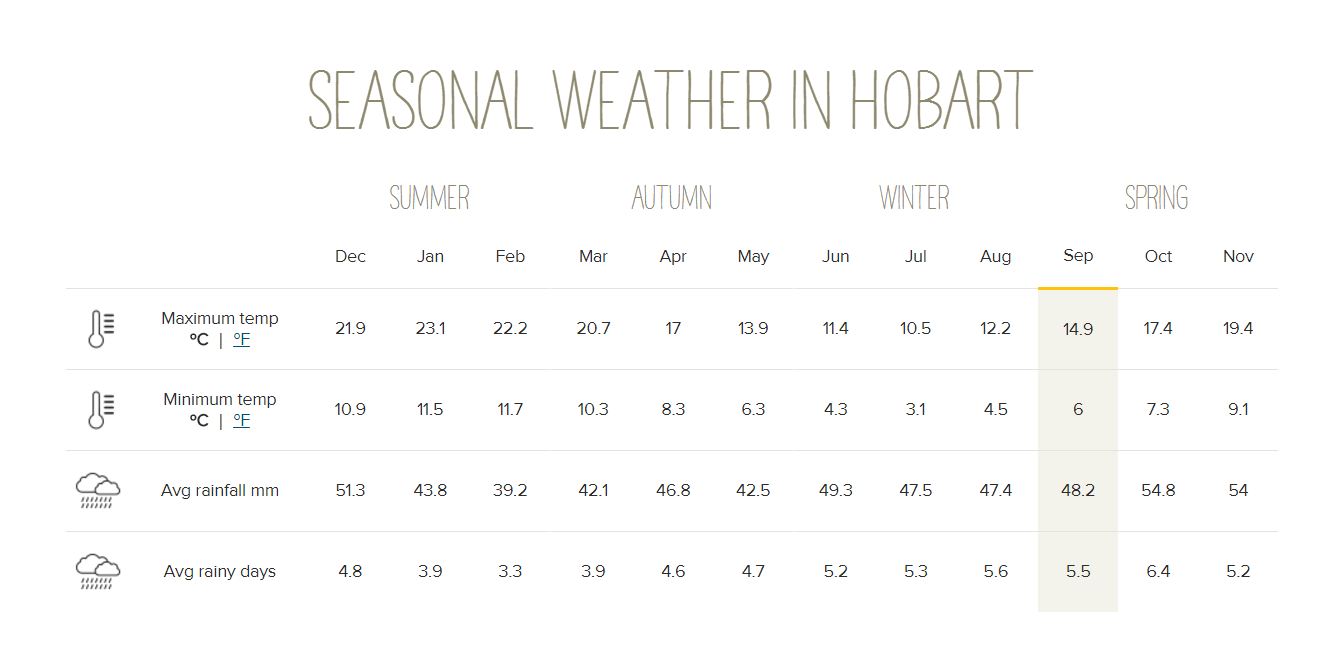 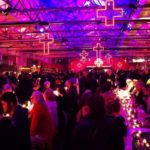 Celebrate the Winter Solstice and feast in… 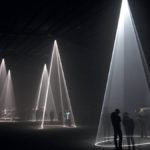 The city of Hobart comes alive in…